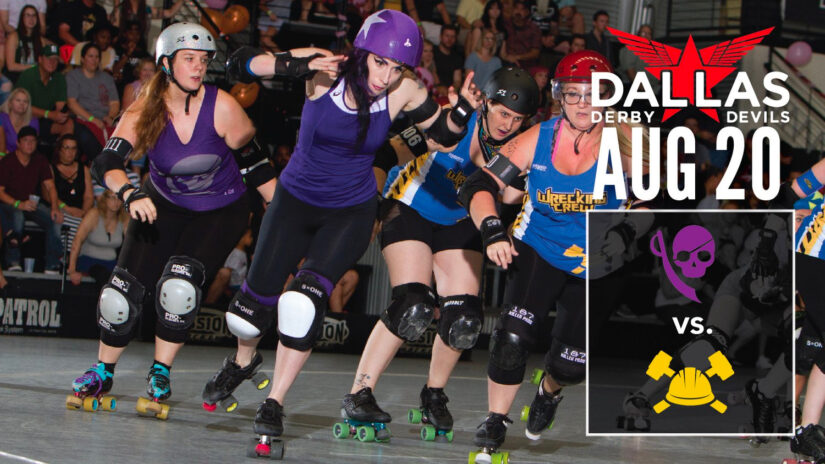 NYTEX Sports Centre is the home of the Dallas Derby Devils!

How do I get tickets? Purchase tickets here:

MORE ABOUT THE DALLAS DERBY DEVILS!

Dallas Derby Devils mission is to provide all youth, women, and gender-expansive individuals the opportunity to participate in the sport of flat track roller derby at local, national and international levels, to connect with diverse community partners, and to foster camaraderie and self-confidence both on and off the track.

DDD’s vision is to be the competitive roller derby destination in DFW and to lead the growth of the sport by increasing visibility and access for members and fans.

We fulfill our mission by abiding by the following core values:

Here are our previous seasons’ Champions: