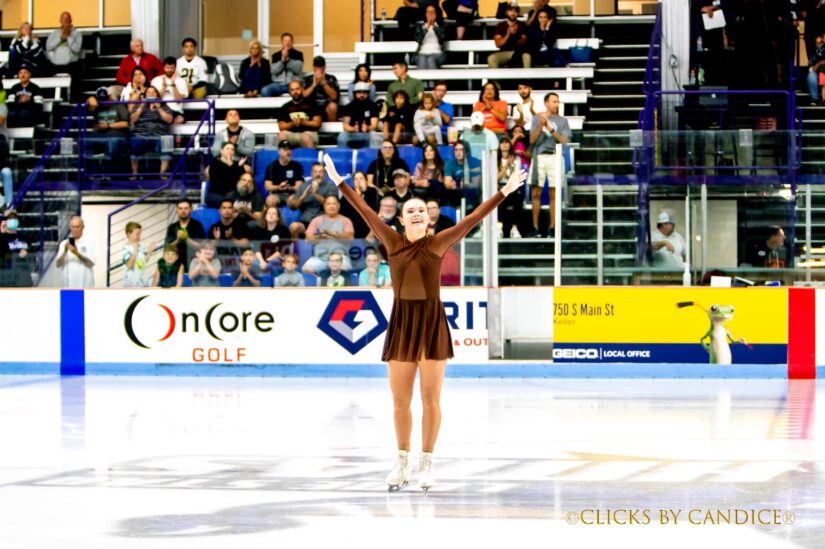 The Lone Star Brahmas of the North American Hockey League held their first home game of the 2022-2023 NAHL season this past Saturday against the Oklahoma Warriors in front of a crowd of 2,389 people. The hometown team got the night off to a bang as veteran forward Mason Mara became the first Brahma of the season to drop his gloves just three minutes into the game. It was a tight, hard-hitting game that saw the Brahmas rally in the third period on the back of Bauer Swift’s two goals. With the win Lone Star moves to 4-1 on the season. The Brahmas will welcome the El Paso Rhinos this weekend (September 30-October 1) in what will be a battle of two of the top teams in the NAHL South Division. The Rhinos sit just ahead of the Brahmas at 5-1 in the standings.

The Brahmas were not the only show happening at the NYTEX Sports Centre that night though. Reigning US National Figure Skating Champion and team USA member, Mariah Bell, performed during the first intermission of the game. Shortly after the Winter Olympics, Mariah officially
moved to North Richland Hills where she will call the NYTEX Sports Centre her skating home. She will be working alongside her sister Morgan Bell as they train the next generation of Olympic skaters.

Additionally, the Texas Brahmas of the NA3HL will have their own home opener at the NYTEX Sports Centre this Sunday afternoon against the cross-town rival Mid-Cities Junior Stars. This Sunday matinee puck drop is scheduled for 2:30pm in the Main Arena.

Please be certain to welcome Mariah Bell to the Brahma Land family on your next visit to the NYTEX Sports Centre!